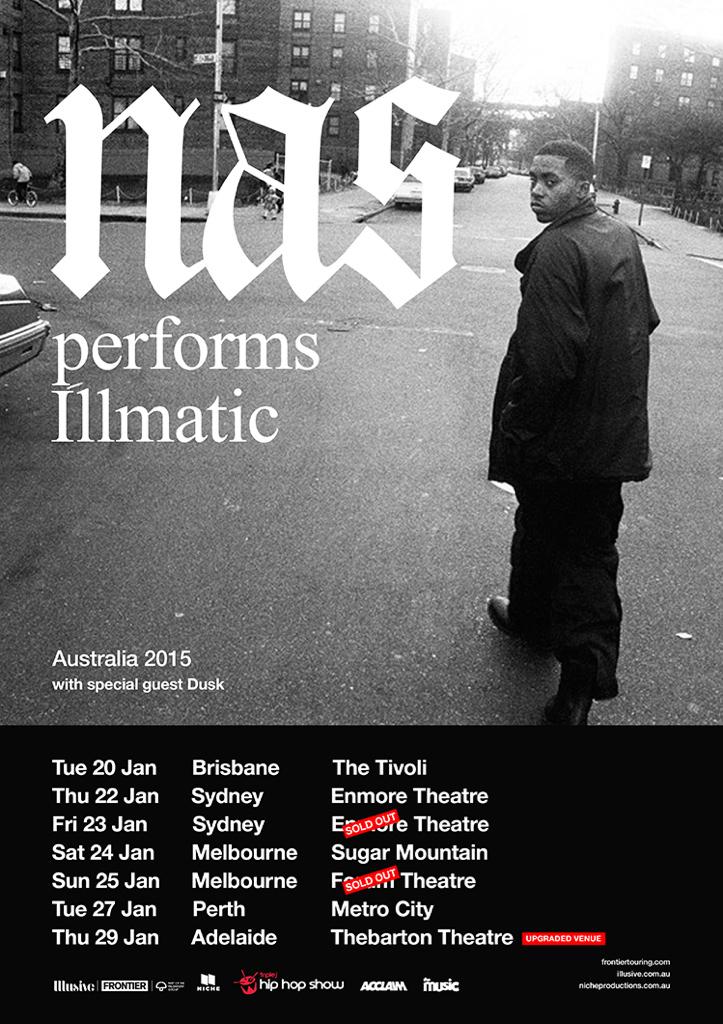 Posted at 08:46h in Music, News, Shows by Dusk_wp_admin
Share

With a debut EP on the way I’m pleased to announce that I’ll be supporting NAS on his Australian ‘Illmatic’ tour in January, 2015. The tour will take place in five capital cities from the 20th to the 29th January.

‘Evolve’ and ‘Way Back Home’, two tracks from the EP, will be released at the beginning of 2015. ‘Way Back Home’ will also feature a music video shot by Selina Miles in New Orleans.

Can’t wait to share my music with you, to play live and support NAS on his Australian ‘Illmatic’ tour!!! For more information on the upcoming tour click here!